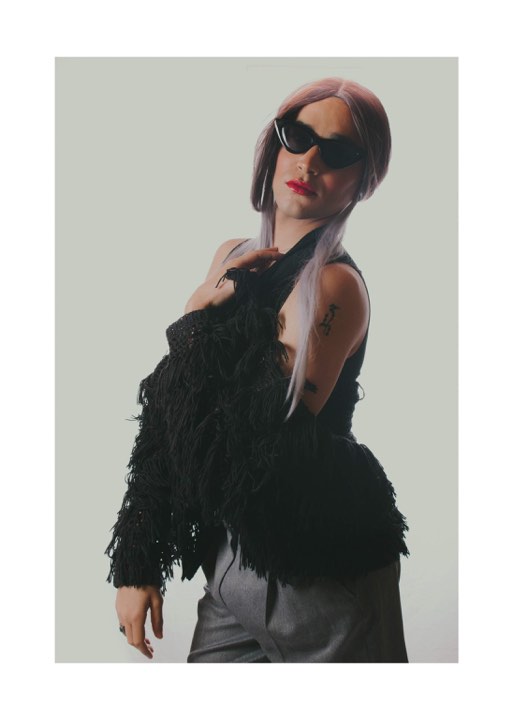 I don’t really think there is a way to define womanhood or manhood. I erased the idea of a gender binary from my heart and mind, because it didn’t do anything but reinforce patriarchy. I realized I didn’t have to adhere to the stereotypical traits of what society thinks is a woman. I know where my head is, but I feel like I have this mind-over-matter mentality, so I’ve never felt like I had to prove my identity to anyone through appearance. There are some places where people really do look at being nonbinary as a joke, but I’m not in any way ashamed of myself. I do have privilege because I’m not constantly presenting femme. To society, I present mostly as masculine. I always have to remember that society’s lens is so different from a queer person’s, so I have no problem correcting someone who mistakes a pronoun. People expect and want you to be angry, especially if you’re a person of color. They want you to do something for which they could easily antagonize you. But if you play calm and cool and walk away from a situation like that, you ultimately win the battle. My message to young queer and nonbinary people is to not let society cookie-cut you. Don’t let yourself become a byproduct of fear because society has taught you that monotony is needed. You don’t need to be like everyone else to live. We can be ourselves colorful, happy, or dark and be at peace .